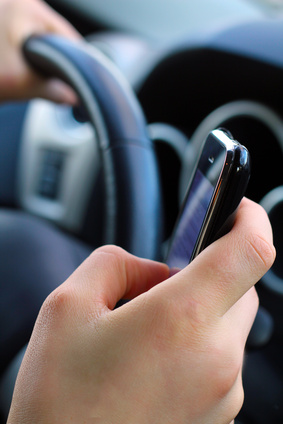 Most of us talk on our cell phones while we drive. This convenient source of communication is great in a roadside emergency, but it has a few dangerous negatives. Here are some facts I learned and want to pass them on to you: